skip to main | skip to sidebar

I’m not one of those people who believes that the universe is talking to me all the time. I’m pretty sure my existence is too inconsequential for the universe to be singling me out with subtle messages. Yet, I do believe at times, the universe speaks to us and we can listen and learn or ignore it at our own peril.

I thought, having just endured this last inner challenge that I was good to go for at least a few years. No major upheavals thank you very much. I don’t do train wreck well and I definitely don’t enjoy it. No such luck. Just when I thought I was getting steady on my feet something else knocks me back on my butt. Honestly, I couldn’t believe it. I kept thinking “You’ve got to be kidding me?! I just made it through that last shit storm and now you’re gonna slam me with another?!”

Posted by Stefanie Fix at 8:56 AM No comments:

It’s seems odd and ironic that my first Blog of 2010 would be thoughts on my own demise. I’m not a particularly morbid person, to me; thinking about dying is about as interesting and productive as thinking about the utility bill.

Yet, it is the very inevitability of death that occasionally encourages us to contemplate the how, when and where of it. When we do let ourselves think about I imagine most of us hope it’s a sudden and painless affair. Of course, all we really know is no one’s going to escape it. Stop smoking, lower you cholesterol, eat healthy, take vitamins, exercise, we can forestall the unavoidable, but we know what’s coming; healthy, sick, obsessed, at peace, risk takers, safe and steady’s, rich, poor, powerful and powerless; however we define ourselves, it’s something all living things have in common. Ultimately, it is an effective motivator; without the looming truth of the reaper rapping at our door why would we bother to get anything done? Why do today what we’ve got an eternity to do later?

Having said all that, I was driving home the other day and just as I entered the highway, “Here Comes the Sun” by the Beatles comes on the radio. Oddly, I remember thinking, “If I was going to die in a car crash I’d want this song to be playing on the radio”. As you can see, I arrived home safely at my door but it made me wonder, if we could pick one song and we knew it’d be the last song we would ever hear; if we were given the gift of music while leaving this world, what would your last song be? Ever since that moment, I’ve thought more about what an odd choice it is rather than the fact, that I would have such a morbid thought to begin with.

To me it’s a song about faith, about the yin-yang of it all. It’s a song not so much about joy, but of hope. Why at the very moments the lights are going off, do I want to hear a song about the sun coming out? It occurs to me, perhaps it’s because then I know I really am or was part of the continuum. There’s this long string that reaches all the way back and all the way forward; far beyond any grandiose notion of my own sense of import. It’s as if, on the one hand, I’m reminded that in the vastness of human existence I’m just a tiny grain of sand, and at the same time, an amazing reassurance that we needn’t be more than a tiny grain of sand.

That I might choose a Beatles song is the least surprising of all. When I was child my best friend who lived across the street had this cool, hippy older sister- we spent hours listening and dancing to her record collection and that’s how I first heard them. I got my first Beatles album when I was five. Really, I did! I played that record ad nausea – that record was all I wanted for my birthday and God bless my parents they got it for me. I fell in love with the Beatles; turns out I wasn’t alone, nor was I the first generation to.

To this day, when I listen to the Beatles I still try to figure it out. Not the music per say, not the structure or anything technical- but the universal quality, the eternalness of it. What was it about what those four guys (along with George Martin) created that just can’t be defined, nor limited to define - a single generation, time, place, country or culture?

Walk into a room, literally anywhere in the Western World, put the Beatles on and watch ,or rather listen, to a myriad of generations all singing along, everyone in the room knows every word. I’d bet more Americans can sing any number of Beatles songs front to back and they still don’t know every word to the Star Spangle Banner; and who doesn’t imagine the Dali Lama tapping his foot and singing along to “All You Need is Love”? It’s my belief that the Beatles not only tapped into the collective consciousness. They somehow merged with it.

Now that I think of it, “Here Comes the Sun” really would be a perfect song for one’s final moments, no matter how the story ends; because as surely as one persons story ends, someone else’s story is just beginning. No matter what happens or when, no matter how long or dark the night has been; someone somewhere will wake up the next morning and the sun will be right there to greet them; and that’s the beauty of it. But that’s just my song of choice. I am curious, what yours would be?

Posted by Stefanie Fix at 10:20 AM No comments:

Thoughts on the Dawn of a New Decade

As 2009 comes to a close I find myself amazed at all that is new. This has been one of the most challenging and life changing years in my brief history. Things have been re-born, things have died and much has been learned. I can only remember one other year in my life in which so much rapid change occurred in so brief a time period. For one thing, I’m writing this blog.

This is my attempt to engage. To be amidst things; challenging myself to participate, rather than simply observing from the side-lines; which is actually a much more comfortable place for me. So comfortable in fact, that in my life, I chose to use music and songs to express myself. Perhaps, that, in and of itself was an attempt to take the focus off me, to hide in the subterfuge of sonic layers where the message was more identifiable than the messenger. With that in mind I did a little research.

What do people, people who don’t consider them selves to be professional writers, write about exactly? I went to countless blogs; admittedly some were better than others. Suddenly, I understood my own resistance in a whole new way. It wasn’t my ignorance of how to work a new tool; although, that too was intimidating. It was, well, to my eyes anyway, that it encouraged a type of narcissism that I have been taught to believe is ‘unbecoming’.

I instinctually wanted to avoid the incessant requests from twitter, facebook, myspace, etc., as I log on and am greeted with “What are you doing?” “What do you think?” “Stefanie! Tell us what’s on your mind”. I feel accosted; as if I have to respond to these commands, which are relentless; demanding I constantly produce, think, spew, and for God sake make it witty! As if, it is imperative that everyone has an opinion about everything; and that everyone’s opinions at all times, matters.

I chose my medium of expression (i.e., my songs and singing) and in retrospect I realize this may have been [in part] because I wanted some modicum of control over who got in, what was revealed, and what I could choose to keep hidden. Presupposing that as a musician and songwriter it is to my benefit to let as many people in as possible, many of these outlets offer a problematic proposal for a person, who by nature, is relatively private.

The truth is; I can’t figure out why anyone who didn’t actually know me would care what I think or what I’m doing? It’s all this sharing and revealing, all this showing and telling, as if we are all now on constant public display. All of these things encourage us to assert our existence as meaningful and memorable; perpetuating the illusion, if only for a moment, that in the vast history of humanity, with the million, if not billions of people who have lived and died before us, that we alone, actually matter beyond the fertilizer we’ll become.

Yet we do matter collectively; all these ideas, thoughts, feelings, beliefs, become part of something larger and more important. The truth is, I love to log onto facebook and read all my friends comments, or see pictures from an event they attended the night before. These tools really do help us to feel more connected to one another. I am encouraged that this is the direction of things because it speaks to our humanity and serves our deeper need to be connected to one another and not just “know a lot of stuff”.

Not to state the obvious here but social networks really do enhance our ability to communicate with one another. They give us the means not only to reach out, but to be reached and it is not technology that is doing the reaching. We do the reaching, each and every one of us; taking time to say hello, lending support, asking for help, giving encouragement and sharing our experiences with one another in a much broader sense than we ever had the means to before.

I’m going to try and use these channels to strengthen that connection. I have no idea, as time goes on, what I will write about; sometimes it may be light, sometimes it may be heavy and sometimes I may lay silent for a time. My hope is that it makes you feel a part of something; something that is bigger than you or me and at the same time enables us to celebrate how important each one of us is individually. It is a New Year, and the dawn of a new decade. I’m looking forward to getting know you.
Posted by Stefanie Fix at 8:12 AM 2 comments: 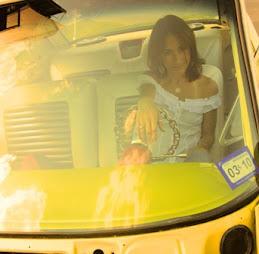 Stefanie Fix
Stefanie Fix is an award winning singer-songwriter from Austin, TX. She's toured nationally and internationally and been a finalist in over eight national songwriting competitions. Owner of her own independent record label(Hand to Mouth Recordings) She's released Three full length CD's and one experimental- EP as Limited Sight Distance. In 2007 Stefanie was the subject of a full-length television documentary about roots and acoustic music titled "In Sound" hosted by Tony Trischka the program was aired on PBS-NJ. Often cited as a songwriters, songwriter she worked with some of the most well repected musicians in the acoustic community including, Larry Campbell (Bob Dylan, Rosanne Cash, etc), the late Bob Mayo (Hall & Oates, Peter Frampton). Her most recent CD-Crooked Smile, was co-produced by Stephen Doster (Dr.John, Willie Nelson) and Johnnie Goudie and features Dony Wynn on drums(Robert Palmer, Steve Winwood) and Brad Houser on bass(Edie Brickell & the New Bohemians), Stewart Cochran on keyboard (Jimmy LaFave), Jon Sanchez on guitar (Summer Wardrobe/Freedie Johnston). Stefanie tours and performs regularly solo, as a duo, trio and full band.